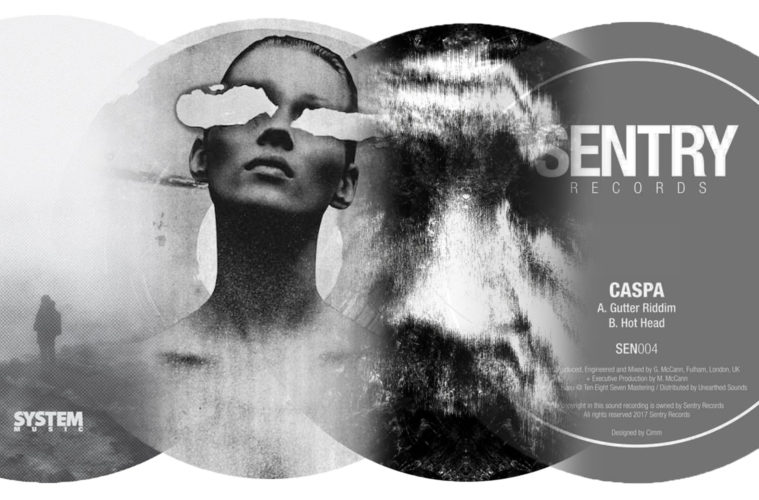 Another cracking month of music is in the books. What a start to 2018 it has been, 140 is in such healthy place right now and it’s hard to keep up! So lets dive right in to this months very busy Hive.

Super active producer and label runner Pugilist kicked off the month with a very limited thus instantly sold out 7″ on Green King Cuts. Two tracks perfect for your system. But the Aussie didn’t stop there, later returning with a second EP release on Artikal Music entitled ‘Saturn’. On this plate, we’re treated to three more boundary pushing beats fusing together dubby sound system styles with an experimental intergalactic edge. ARTKL029 is available from the Artikal Music Bandcamp.

Rarefied have quickly become a favourite imprint of mine after recently purchasing their full discography. Fairly unknown producer Primer added to the catalogue this month with a seriously cutting edge, uniquely refreshing 4 track EP, ‘Signals’. The unknown entity came with pure boundary pushing material on this one, a perfect fit for the rising label. The closing track ‘Untitled’ is in my opinion, almost perfection. The apocalyptic atmosphere is spot on and quite frankly triggers some kind of emotional response in me when listened to properly through some decent headphones and that can be a rare thing (excuse the pun)! Cop the RARE6 vinyl from the labels website here or digitally via the Rarefied Bandcamp.

Another EP that really got me on the edge of my seat came from upcoming Dublin producer Darkimh on Infernal Sounds (IFS009). I was unfamiliar with this young producer at the time but the manic nature of the beats on this release really caught my attention. My favourite track however has got to be Malleus‘ remix of ‘Eclipse‘. Already a hefty tune, the stateside producer gave it his usual horror-esque touch turning it into a real face melter. The EP also features a solid collaboration with Taiko which, like the rest of the EP, is not to be over looked. Read more about IFS009 here and pick it up from the Infernal Sounds store.

It’s no secret that Samba has been tearing it up recently. Through releases on respected labels like SYSTEM and Encrypted Audio, the young producer has seen him emerge to the forefront of the scene. For me, this began with his 2016 EP ‘Malignant‘ on Crucial Recordings. The sheer popularity of that EP’s title track resulted in Crucial releasing this belter of a remix EP featuring two equally sick remixes of ‘Malignant‘ from Sleeper and Bukez Finezt, and the dirty ‘Un’ VIP on the flip. The CRUCIAL015 digital is available from the Crucial Recordings Bandcamp and the vinyl is still available here. 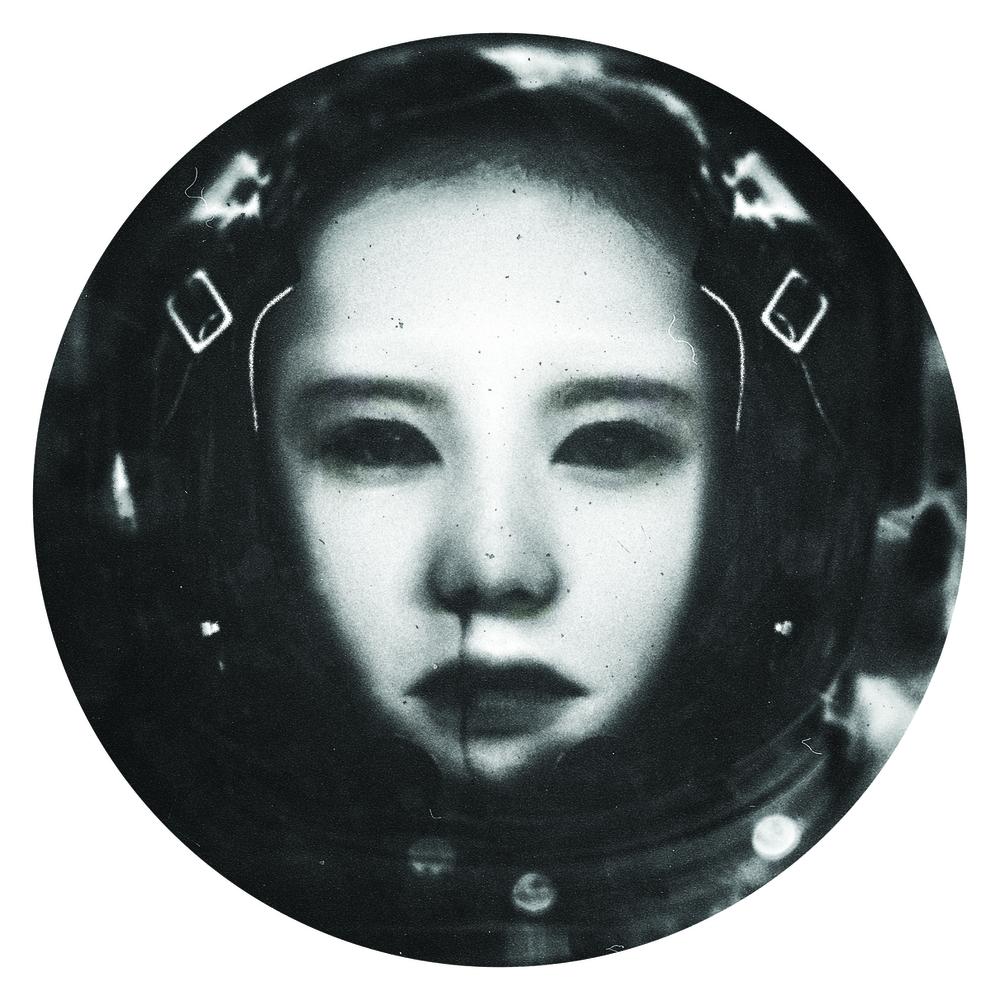 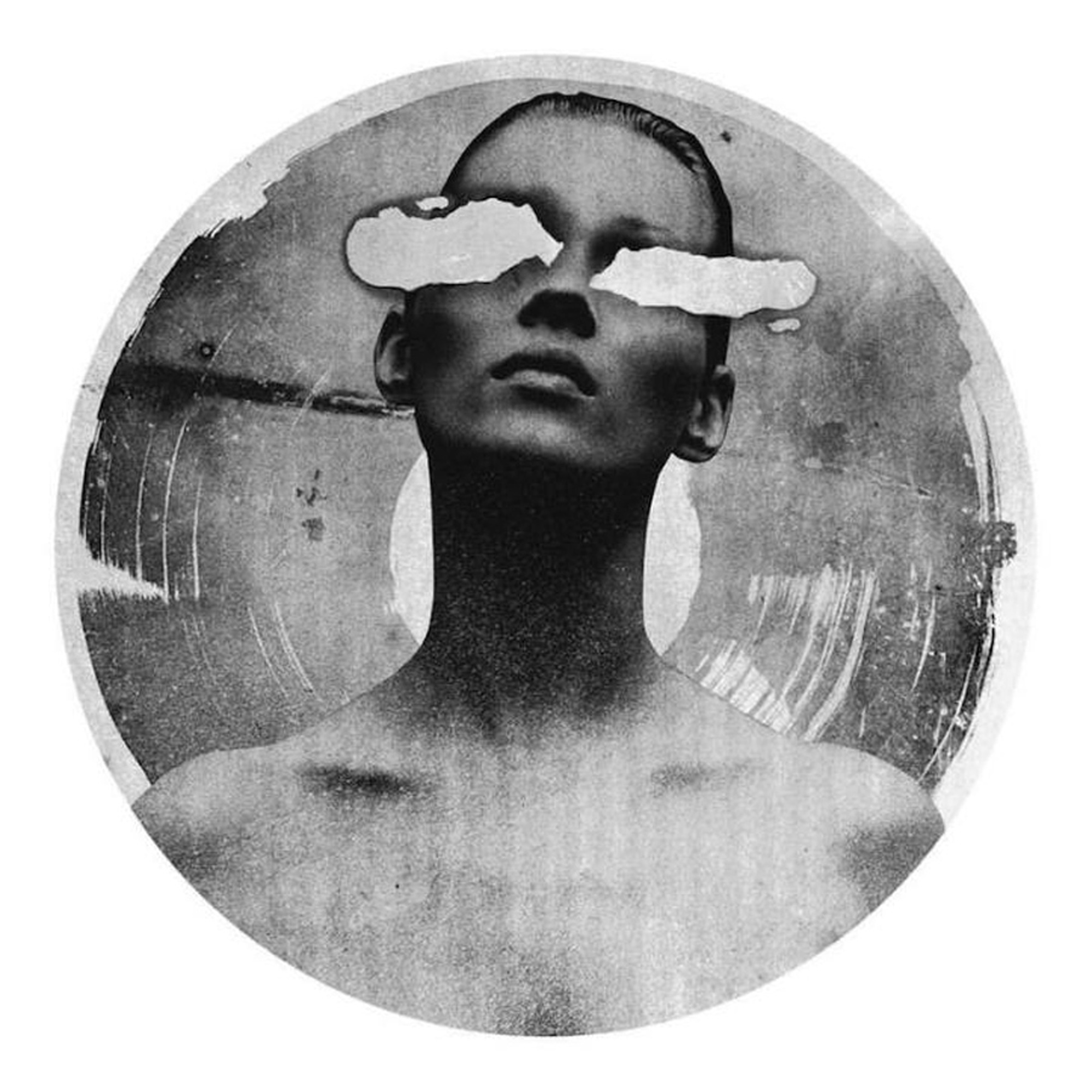 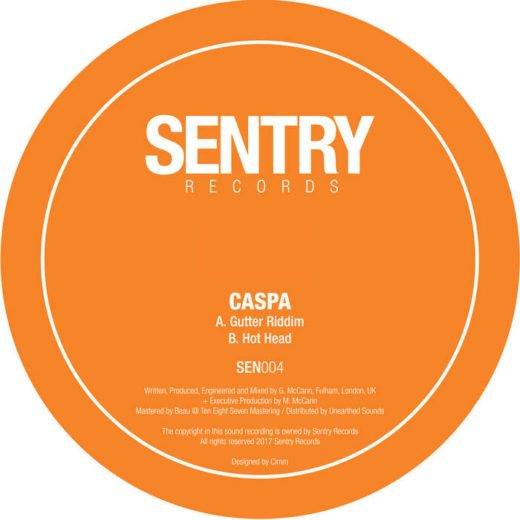 Next up, dubstep legend Caspa is back to his best with a perfect long awaited two track release on Sentry Records (SEN004). I can’t really choose between the two, both ‘Gutter Riddim’ and ‘Hot Head’ are certified system slayers that could quite easily tear up any dance and set off any mix. Read more about the release here. The vinyl is already sold out but you can pick up the download from the Sentry Records Bandcamp.

It goes without saying that the centre piece release from the last few weeks has to be Shadow People‘s highly anticipated full length LP on Deep Dark & Dangerous (DDDLP2). Truth and Youngsta have been at it for a while and have finally put it all together along with a solid art direction forming it into one of the most complete album releases for a while. It’s a dream team collaboration and with the many vocal features and Cimm hopping on a track at one point, the quality is there throughout. Read more about DDDLP2 here and pick it up from the Deep Dark & Dangerous Bandcamp.

Amidst a busy 2018 for Deep Medi, the pioneering label put out it’s latest instalment coming from the super authentic and creative Egoless. The Croatian has had so many unreleased bits about recently, it’s nice to be treated to three of his finest. As solid as the following two tracks are, the title track ‘Empire Of Dirt’ is the real crowd pleaser here. I’m a sucker for a flute and we’ve got an absolute beauty on this one matched with an outstanding string section over undeniable bass weight. Pick up MEDI101 from the Deep Medi store.

Stateside label Version Collective have relentlessly been releasing quality 140 material over the last twelve months, carrying the high activity into 2018 most recently with that wonderfully dark EP from Platypus last month. This time came the turn of another producer unfamiliar to me, Kwizma. What a first impression he’s made on me though with these four atmospheric combative tracks. Version Collective are doing a great job recently, introducing brand new refreshing talent like all good label should. ‘Carbon EP‘ (VCEP017) is available to download from the Version Collective Bandcamp.

For all the collectors out there, a few mustn’t miss vinyl only releases were let loose into the wild this month. Two of them featured on the Weekly Buzz. The first, courtesy of Banana Stand Sound, featured a Six Sunsets VIP of ‘Fever Skank‘ and Fill Spectre on the remix of ADP‘s ‘Horsemouth‘. You can read more about BSX001 here and pick up the 10″ from the Banana Stand Sound store. Another (now sold out) 10″ plate came from Headland with his wicked remix of NUMBers‘ ‘Aether’ and on the flip Headland gets a remix treatment on one of his own tracks ‘Local’ by LA’s Tetrad all courtesy of Brighton label Well Rounded Dubs. Read more about WRDUBSRMXZ1 here. Tetrad found himself on another plate teaming up with Headland again on Unity Through Sound. UNITY005 is available here.

Uprise Audio put out a rare vinyl, giving release to three og Indiji‘s finest work. Long time dub ‘Original Pressing‘ features on the A side and on the flip, the heavy ‘Dubwise 07‘ and one of my personal favourites that featured on last years Uprise Audio VA album, ‘Release‘. Pick up UA027 here.

A final vinyl only you probably didn’t miss because of the artist/label notoriety came from SP:MC putting out another classic, this time on SYSTEM MUSIC (SYSTEM020). ‘Pond Life’ is another tune that’ll remain timeless and in many DJs bags for a long time. Of course that sold out in no time at all, with myself missing out (what did I expect?). 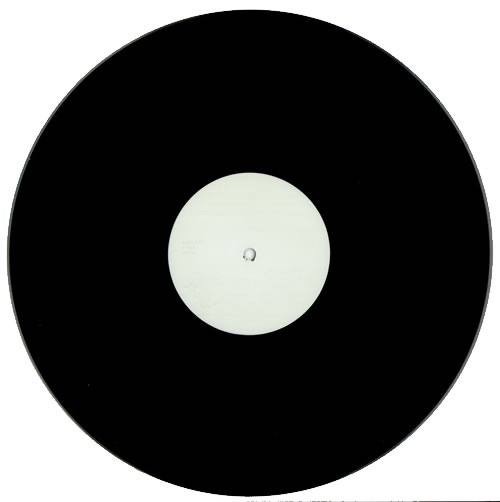 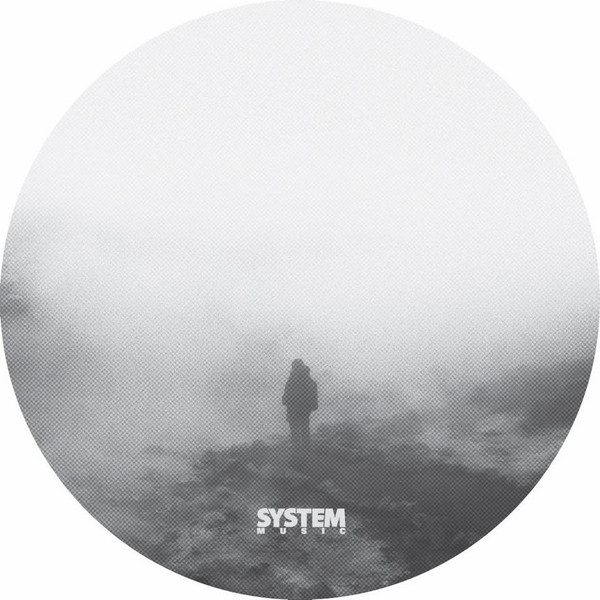 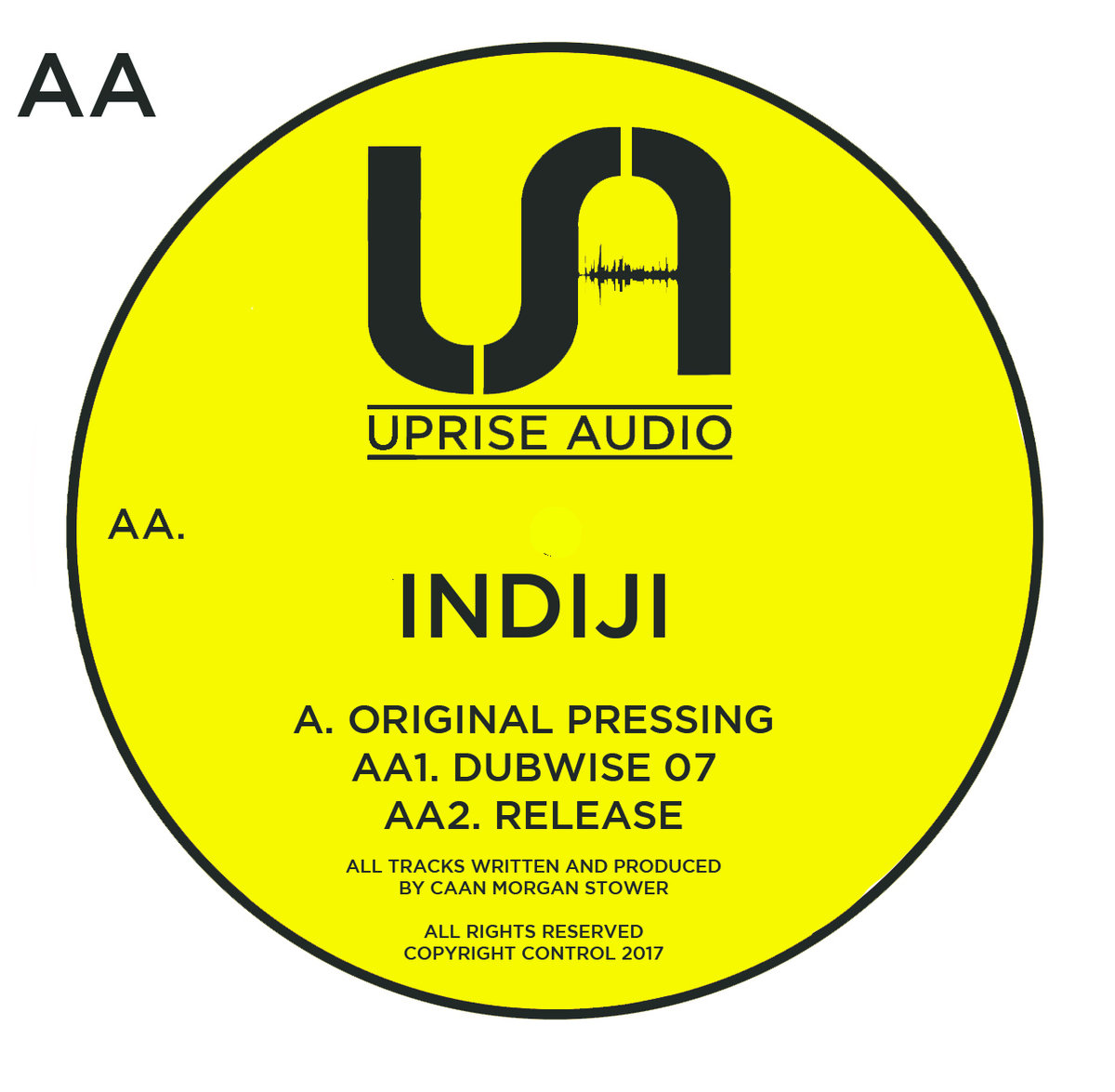 Some further bits you may have missed out on: Sukh Knight returned with a now sold out EP on Circle vision (CV008) which features ‘First Contact‘, a massive tune that’s been floating about for some time. You’ll also find a DJ Madd‘s 160bpm remix of ‘Scorpion’ on the flip. Don’t forget Kromestar‘s ‘Mere Sher’ VIP got a download release on Nebula Music Group with a ludicrous remix by Danny Scrilla. LION001 is available to download from the Nebula Bandcamp. Mr K featured for a second time on Wheel & Deal with a brand new four track EP entitled ‘Baka‘ featuring a superb remix of AxH‘s ‘Devil Shogun‘. WHEELYDEALY056 is available to download here. And we finish with AxH himself, finally unleashing ‘Dubplate Champion‘ on Gourmet Beats with an Abstrakt Sonance remix on the flip. GB015 is available here.

How couldn’t I forget Distinct Motive!? The north American duo put out a belter two track release on Navy Cut (NC005). You have no reason not to have heard it already yet but ‘King’ is bonkers! Probably why it is now unfortunately sold out.

Here’s some free downloads to keep your ears satisfied –