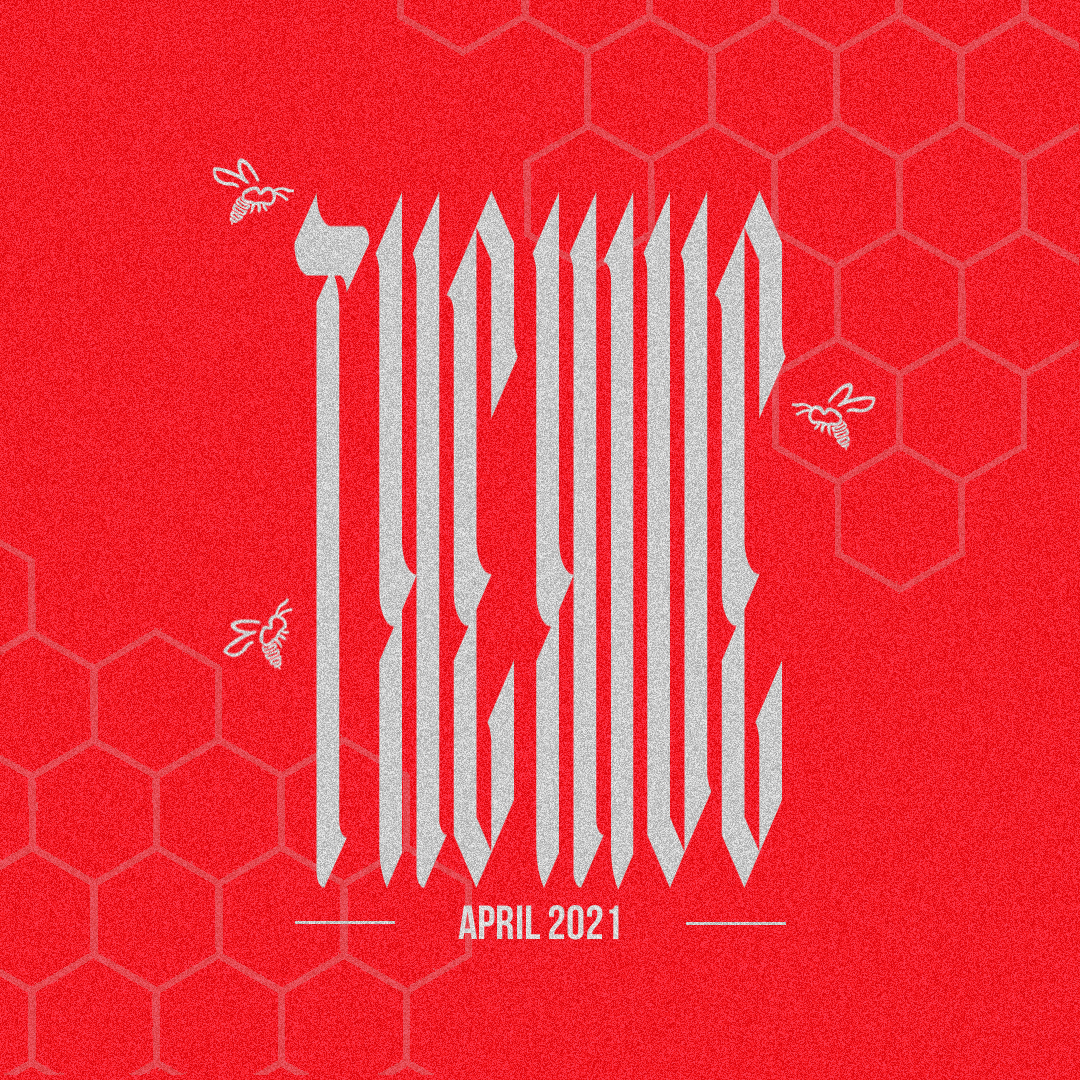 Another month passes by, here’s what I’ve been feeling throughout April that I didn’t manage to feature anywhere else…

Everyone’s favourite duo Glume & Phossa returned in scintillating fashion with what could be considered their biggest achievement to date – a release on the legendary Deep Medi. With long held dub ‘Banshee‘ at the helm, Glume & Phossa also unleashed another three of their genius productions including the hyper-speed melodies of ‘Jitter‘, the deeper atmospheres of ‘Vessel‘ and the vibrant eastern tones of ‘Sunken‘. Whilst some of my favourite Glume & Phossa productions remain in the past, you can’t deny that ‘Banshee‘ EP contains some of their cleanest and catchiest work to date.

As one of my favourite producers of the last twelve months, 11th Hour returned to the forefront of my selections with his latest release, ‘Ashkar‘ EP, on Australian dubstep label After Dark Music. Across four dark and hypnotic cuts, the Belgian continues to innovate, forging thick and intoxicating atmospheres that take you to the deepest areas of 140. Although all each track delivers the heat in their own right, for me, ‘Awaken‘ is an essential. Deep and spellbinding, it made a big impact on myself when I first had the pleasure of listening a few months back and continues to do so post release.

It’s safe to say that these two highly anticipated tracks by Hebbe have been a long time coming and have almost certainly enjoyed support from your favourite DJ over the last six months. As Basskruit‘s co-founder, Hebbe continued the label’s unending hot-streak with this pair of future-classics, both filled to brim with hooking grooves and screw-face basslines that feel so fresh and original, whilst paying tribute to the archetypal sounds that give us the music we enjoy today.

Just when you think you’re aware of all the incredible talent coming out of Belgium, another raises their head and most of the time, the bar. Aside from a feature on Locus Sound, EKSTR officially landed on my radar earlier this year, bringing forward some awesome dubs and forthcoming material. Some of which were to become a debut EP on Bassin Records by the name of ‘Punt‘, a four track EP displaying EKSTR‘s unique sound. ‘Swamp Thing‘ is a particular favourite, gnarly and minimal with a sort of looseness that feels improvised and entirely authentic. Label head Beatsforbeaches also makes an appearance worth checking out with a characteristically killer remix of the EP’s title track, ‘Punt‘.

No introductions necessary, Cartridge remains undefeated. Every release of his seems to feature solely must cop material, the reason why he could be considered one of the most exciting and talented producers in the game right now. Featuring on yet another high profile imprint, Cartridge‘s Subaltern debut came in the form of ‘Stone Cold’ EP, featuring three tracks of signature energy and cutting edge sound, plus a calming digital exclusive. The powerful and unmistakeable synth work of ‘Stone Cold‘ and the shifty basslines of ‘Choker’ lead the way to one of my favourite tracks of the year, ‘Sweet Doughs‘. A barrage of brain-busting 808 power, cutting screeches and amusing dialogue samples, a thoroughly awe-inspiring track such is the release in it’s entirety.

Another of my favourite producers right now, Beastforbeaches, debuted on Deep State Audio with ‘Uprise‘ EP. Yet another collection of certified bangers, the Belgian’s sound has really taken shape over the last twelve months, developing a body of work that’s striking and recognisable. To begin, it’s straight into 1960’s NYC with the opening ‘Always’. Welcomed by a pronounced line from The Sopranos, Beatsforbeaches sound design is genius here, from the bass tones to the ominous midnight shrills, fleshing out a vibe that’s unequivocally ‘gangster’. The title track ‘Uprise‘ indulges in the Belgian’s signature jolting rhythms with the more vibrant ‘ODP‘ following. The moody yet soulful ‘Rendez-Vous’ paints out a smoky back room of a NYC bar as Beatsforbeaches’ perfectly executed concept EP is complete and one to remember.

One of the genres most exciting new labels, LDH Records, continued their run of monthly releases by welcoming Sedan to the roster. Known for his dark, swampy productions, Sedan‘s evolution shines throughout this trio of system ready gems. From the old school vibes of ‘Lamina‘, Sedan indulges in the dancefloor with the energising ‘Nast’ and the bright and lively pads of ‘IFTTT‘. Some of the Austrian’s most animated productions to date.

Here we have what is quite literally a monster EP. As a new collective made up of Boylan, Trends, P Jam and D.O.K, you just know Legion will only ever be able to put out pure unadulterated madness whenever they feel like it. With Artikal Music rightly taking their debut release under it’s wing, ‘We Are Many‘ EP delivers some of the biggest sounds to be heard all year. Fusions of dubstep, grime, breaks and techno break through all four tracks in explicit fashion. You wouldn’t be blamed to think the opening title track, featuring clear influences of Trends & Boylan‘s monolithic grime, would be the most devastating cut, but it’s simply just the beginning. The filthy ‘Boards Don’t Hit Back’ follows, a larger than life take on the crucial sounds of 140, with crushing techno rhythms of ‘Bewildered‘ and the ruff ‘n tuff ‘3rd World Cop‘ delivering knockout blows. Not only could this be the biggest record to feature on Artikal Music this year, but also the biggest record period.

The infamous yet consistently ambiguous Commodo returned with a couple of new heaters on the perfectly suited Sector 7 Sounds. Both ‘Scabz‘ and ‘Guah‘ sees Commodo experiment with his unmistakeable genre-defying sound, particularly during the 135 tempos of ‘Scabz‘. But it’s the explosive grooves and menacing lows of the latter that really butters my sarnies!

It’s never an easy task to compile an LP under normal circumstances but when you throw in fresh influences and various tempos, then that’s certainly something to respect and take note of! Ukrainian dubstep pioneer and Subline Audio boss man, Dub Killer, accomplished just that this month with his new eight track album ‘Demon Sound’. So the title suggests, ‘Demon Sound’ ventures through nine tracks of Dub Killer’s sinister dungeon sounds. The likes of ‘Approach The Darkness‘ featuring The Widdler and the steppy ‘Soundsystem Wave’ demonstrate Dub Killer’s more familiar 140 material amongst a solid selection of original productions that venture outside of his comfort zone. The bouncy half-time vibes of ‘Mancubus‘ is the first to stick it’s head above the parapet, with the unorthodox ‘Endless Death‘ and the deeper dnb energy of ‘Cycles‘ following thereafter. A solid album of variety and palpable darkness.

For the majority of the time, my absolute favourites usually find their way onto ‘The Weekly Buzz‘. Check them out if you haven’t already!
Infernal Sounds went stateside for their latest digital exclusive by welcoming Chief Kaya to the imprint. Check out ‘Ma’at‘ EP here. NotLö landed a huge debut on Deep Dark & Dangerous with an introduction to her apocalyptic jazz bar in the form of ‘Speakeasy‘ EP. Check it out here. And a wicked collaborative project featuring e s p and Meddem rounded off the month courtesy of Locus Sound. Check out ‘Retrospect‘ EP here.