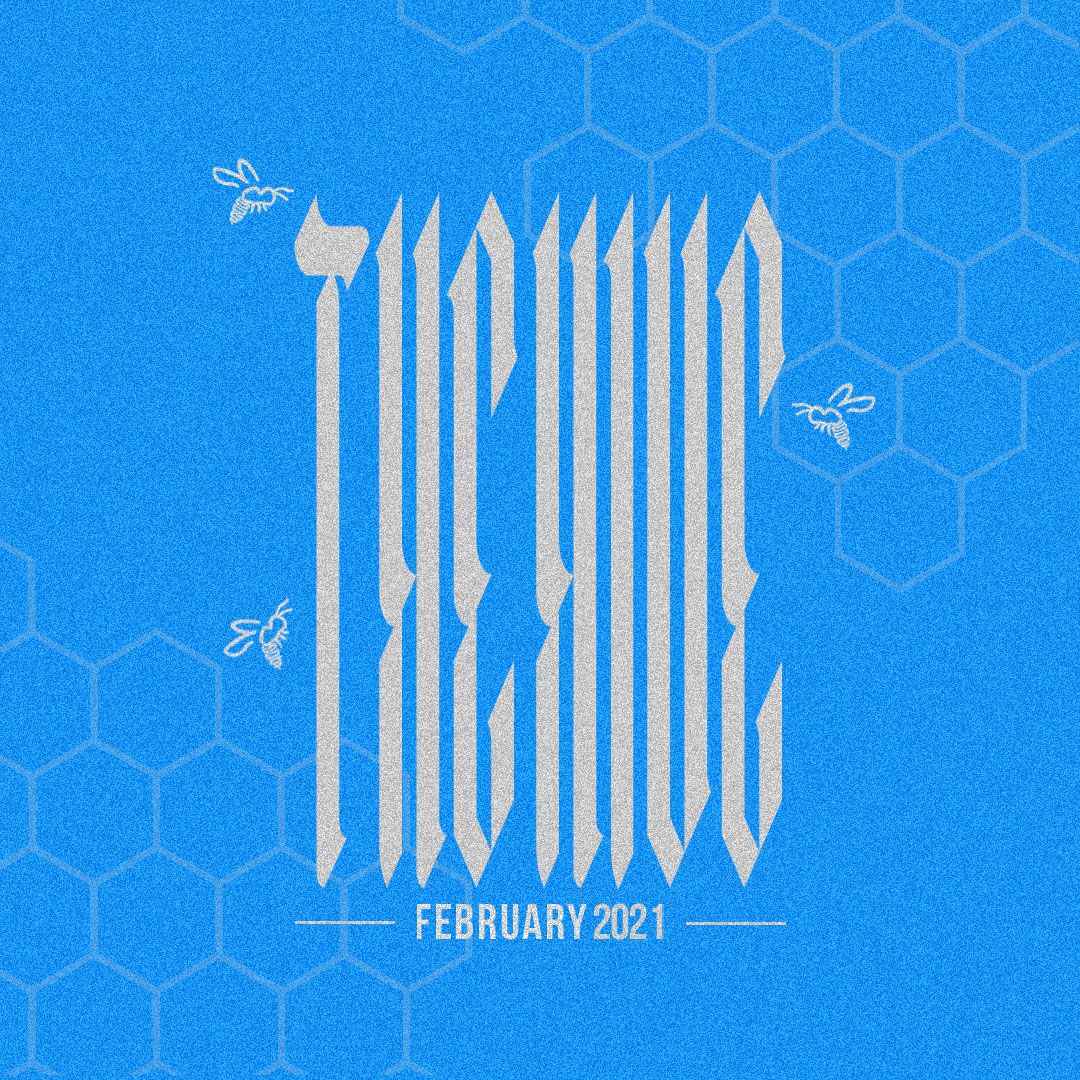 Things got pretty lively this month, playing host to a whole heap of new releases and an overwhelming amount of announcements of forthcoming material. Here’s my pick of the bunch for what did come out this month, including a couple that released inline with the year’s first ‘Bandcamp Friday‘.

Since it’s inception last October, Basskruit have been on an absolute tear. With direct focus on the incredible standard of music coming out of Belgium and the Netherlands, it’s no surprise that the imprint has been responsible for some of my favourite releases over recent months! The latest Basskruit project came in the form of a short compilation entitled ‘Explosie Vol.1‘, the start of a compilation series that we can expect to see every five releases. With names like Crowley, ARtroniks, Beatsforbeaches, Zygos and 11th Hour on the track list, it was almost certainly set to be a flawless release. And so it was with Beatsforbeaches‘ ‘Whydah‘ and 11th Hour‘s ‘Echolocation‘ being particular highlights for myself.

Moving from his feature on ‘Explosie Vol.1‘, Honey & Bass favourite, Zygos, landed a vinyl exclusive on the soaring LDH Records. Only launched last year, LDH have quickly become an label to be reckoned with. Their taste has been impeccable on both the digital and vinyl exclusive front. Following on from Chief Kaya‘s gem last month, Zygos was next to hit that LDH wax and delivered two stunning VIPs. ‘Scintilla VIP‘ offers certified groovy goodness with sunny, wistful vibes whilst on the flip, Zygos literally flips with ‘FAYH VIP‘, one of the heaviest tunes I’ve come across from the Belgian.

Here’s another essential vinyl exclusive that hit the shelves this month, courtesy of Distinct Motive and the Deep Dark & Dangerous gang. A third of it’s kind to feature on the leading label, DDDX3 features the Canadian producer’s heavyweight classic ‘40hz‘ on wax for the first time, alongside a nutty VIP and two ferocious remixes by J.Sparrow and label heads Truth. DDDX3 is a deserved celebration of Distinct Motive‘s masterpiece and unmissable for all those notoriously dedicated DDD heads and collectors who know a must cop classic when they see one.

A third and final vinyl exclusive to feature on this week’s round up is one that’s been a long time coming. The damage Samba & Chokez‘s ‘Ghastly’ did still remains fresh in the memory, but what continued to carry on such carnage was these two outrageous remixes from Kloudmen and Bukez Finezt! You can always trust Encrypted Audio to do what’s right, and so they did with a super limited plate, pressed with these two face melting remixes. Both producers lay on their signature sounds, with Kloudmen forging some of the most devilish, sizzling bass weight pressure and Bukez coming in with those belligerent chops, lethal and chaotic.

Like all of the revered ‘Bandcamp Fridays’ over the last twelve months, February’s edition saw a handful of legends fire off some long held, previously exclusive dubplate material. Whilst Skream and Distance‘s releases deserve a mention here, I’ve always had a soft spot for the classic, heavyweight sounds of Goth Trad. So what a treat it was to have the opportunity to cop an albums worth of previously unreleased material from the mastermind behind Back To Chill. Ten of Goth Trad‘s essentials feature on ‘Mutations‘ LP, including three of my favourites, ‘Invasion‘, ‘Pain‘ and of course, ‘Cut End VIP‘.

Although Alienmade‘s catalogue remains light, when he does step up to the buttons, the Romanian always manages to pull off some of the sleekest sub-focused ammunition. I believe this latest self released EP is the first full project from Alienmade since his release on Dirty Beats Music in 2019 with ‘Treant Protector‘, but there was certainly no studio rust here. ‘Spellbound‘ EP includes three fresh tunes that cover a fair bit of ground, beginning with the smooth, enchanting sounds of ‘Spellbound‘, then onto the equally charming but tougher ‘Sand Queen‘, and finally into the deeper depths of ‘Null‘ for a chest rattling finish.

Mungk‘s consistent activity and rise to prominence reached a pinnacle point this month with a vinyl debut on DUPLOC. What is his most accomplished project to date, DUPLOC041 features four tracks that reaches right across Mungk‘s versatile, outward looking arsenal. A melting pot both in terms of genre and cultural influences, Mungk establishes many aspects of trap within the percs and basslines next to sounds of far eastern lands, particularly in the powerful sitar lead ‘Rajasthan‘ and ‘Macaque‘, a vivid sonic journey into the jungles of Sri Lanka or the mountains of Japan. Though for me, the most striking moments on the record occur through the vibrant vocal based leads scattered throughout. Samples of innocent foreign dialects shine a light on the trap infused opener, ‘Kuji‘, but also stamps it’s mark on my favourite of the four, ‘Puli Kali‘. A riveting track of power and energy and like most of the EP, a big statement piece that perfectly demonstrates what can be achieved in the expanding boundaries of contemporary Dubstep.

Foto Sounds became one the UK’s most promising label last year, enjoying releases from the likes of Rockstone, Gnasha and co-founder, Unkey. It was Unkey himself who returned to the imprint’s growing catalogue this month with ‘Cobra Club‘ EP, another demonstration of the Bristolian’s space age designs and bottomless depth. Whilst Unkey displays that deep, spacey sound that he’s refined so well on the title track, ‘Cobra Club‘ and ‘Listen VIP‘, he also dips into more the more vibrant, percussive lead areas of his growing sound with ‘Wind Dancer‘, a refreshing track of alluring charm and hyperactive low frequencies.

Yes, it is finally here! AxH‘s long held weapon, ‘Monkey Brainz‘, finally got the release it deserved after all these years thanks to the mighty Artikal Music! A perfect home for this AxH classic, the fierce future classic was paired with another AxH gem, ‘Boxknife Chrome’, a more aggressive counterpart full of bone crunching textures, uncontrollable synth leads and piercing bleeps like you’ve been caught in the middle of laser warfare.

Sometimes it’s only a matter of time for a producer to find the perfect label. For my money, the smooth, easy-going sounds of Ourman was destined to touch White Peach wax at some point, a perfect fit alongside the similarly vibrant sounds of Phossa and Rygby. Ourman‘s White Peach debut arrived in the form of ‘Windy‘ EP, a new set of refreshing tunes from the Frenchman, an assortment of intricate melodies and silky smooth sub bass tones. However the EP’s title track, ‘Windy‘, sees Ourman shake things up on a grimer, choppy tip, playing host to some mouth watering tribal flavoured percussion and, as the title ascribes, dazzling wind instrumentation.

For the majority of the time, my absolute favourites usually find their way onto ‘The Weekly Buzz‘. Check them out if you haven’t already!
Karnage commenced Infernal Sounds‘ new digital series with the massive ‘Spirit Bomb‘ EP, check it out here. And Causa unleashed three monster dubs on New Moon Recordings. Check out ‘Monkey Jam‘ EP here.
Between those I focused on a few unreleased bits that have caught my attention for the first ‘Dub Buzz‘ in a long time. Check that out here.