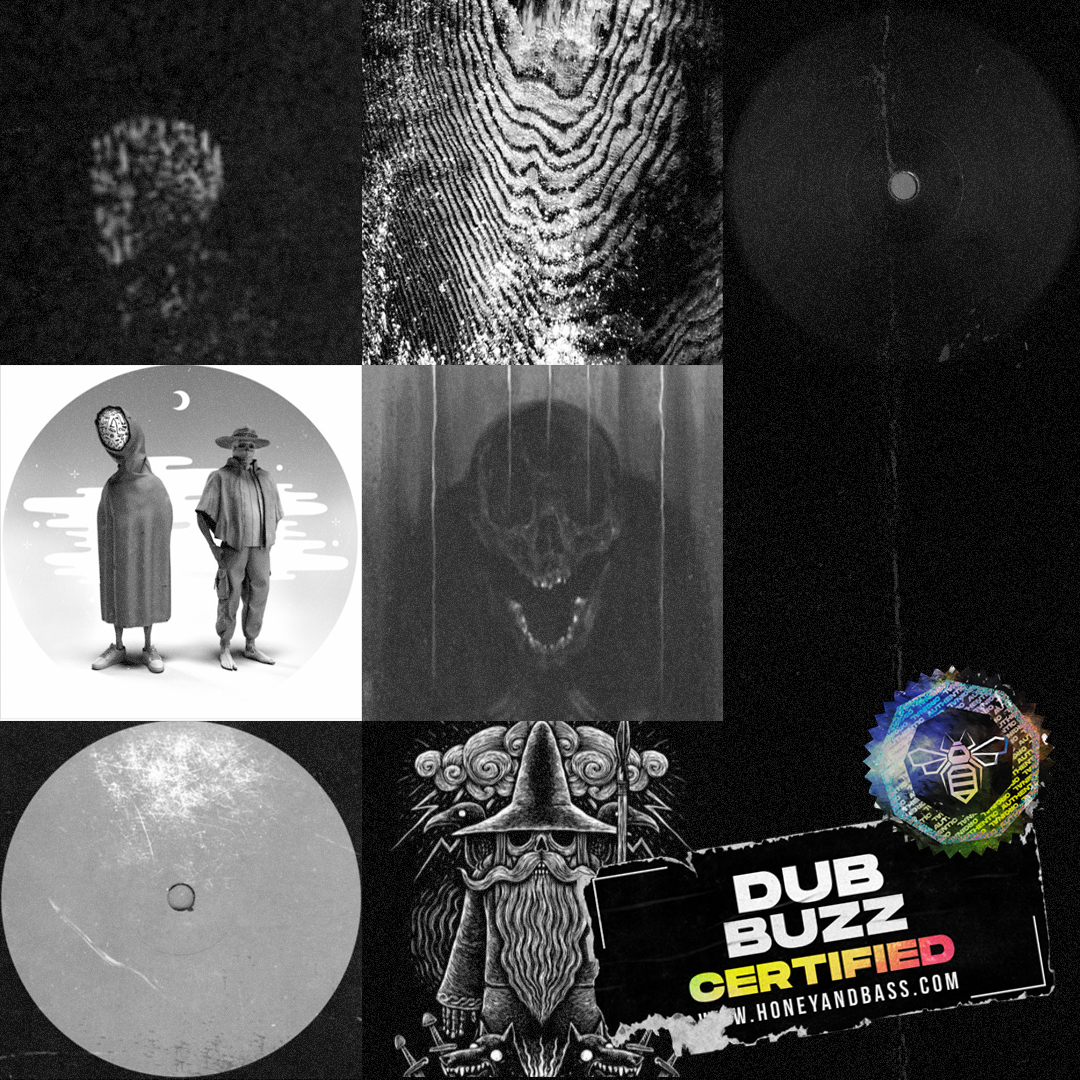 This is probably the last chance for a ‘Dub Buzz‘ feature this year and it’s the perfect time to do so with plenty of wicked unreleased cuts flying around the internet right now! Here’s a handful of my favourite dubs that’s surfaced in the last month or so.

Every time he re-emerges from the shadows of Augsburg, Soukah always manages to come through with another spell-binding mixture laced with darkness and occultism. ‘Rough Rider‘ is certainly that; a rough encounter with menacing undercurrents, developed with a smorgasbord of percussion that contains the most violent kicks and an addition of devilish wobbles and haunting FX that, like many of Soukah‘s creations, places us in a dark corner of the underworld.

Amongst his recent releases on Dread Or Dead and Infernal Sounds, Dutch breakthrough Substrada still finds the time to churn out some mighty collabs. His in demand sounds collide with the little known Kusmo for ‘Wump‘ and going by this outrageously powerful cut here, we potentially have yet another Dutch talent in Kusmo to look out for going forward!

If you’re a regular here, you’ll know I’ve got a lot of time for Tinky. Still criminally underrated, the Frenchman’s sporadic uploads never disappoint, always so heady and innovative and none more so than this latest effort, ‘Odin‘. I was stoked to be able to drop this one into last month’s Halloween mix, so gnarly with it’s crazy textures and maniacal subs, Tinky exhibits the kind of growth in his sound that I hope leading labels will take notice of sooner rather than later.

There ain’t no foolin’ when it comes to Pharma! Throughout his self released album late last year and his ‘Ten‘ EP just last month, the Austrian has proved his growth and diversity by the bucket load. But sometimes you just need some of those raw OG sounds from one of your favourite producers and Pharma provides his core sounds here on ‘Foolin”. A little closer in sound to his earlier releases , Pharma‘s jaw crushing 808s and the heart stopping amount of space left between never gets old, leaving an ice cold void for some twisted melodic action.

Here’s a triple threat I didn’t think I needed. The well established FLO joins up with the rising Bristolian ØZ and the rising Estonian q100, for ‘Cruizer‘. It’s a proper funky bass-weight journey, tickling the ears all the way up to a crazy second phase where the already detailed percussion and choppy bass designs go fully inwards. The combo here is magic and would be criminal if we don’t get more from this dynamic trio!

I only recently discovered Morning High and yes I’ve been caught sleeping! Teaming up with Lykwid, another new name on my radar, the US duo fire out this weapon of a tune, ‘Glooming‘. As the title suggests the pair conjure up some eerie vibes on this one, eventually growing into something cinematic towards the end of the clip. However it’s that dastardly bassline that deserves the attention, sheeeesh!

Thuja is another recent discovery thanks to his killer release on Obsidian last month. Following his debut EP, the Canadian producer has presented a handful of enjoyable bits on his feed including a naughty Sean Paul bootleg that’s definitely worth checking out! But his recent upload ‘Sinister’ is right on the money. Keeping it minimal, the stuttering subs are nothing short of destructive and the sharp percs and curious metallic FX cuts through perfectly.

If you know of Repulsion, you know he has a habit of putting the ‘mental’ in experimental and ‘Acceptance‘ certainly plays testament to that. Not for the faint of heart, ‘Acceptance‘ is an unhinged four minute soundtrack of delicious droning horror. In fact, a commenter by the name of Nixsin on Soundcloud put it best, making a comparison to Christopher Young‘s remarkable work on the sound track for the 2012 horror flick Sinister and I couldn’t agree more. Torturous sound design in all the best ways!