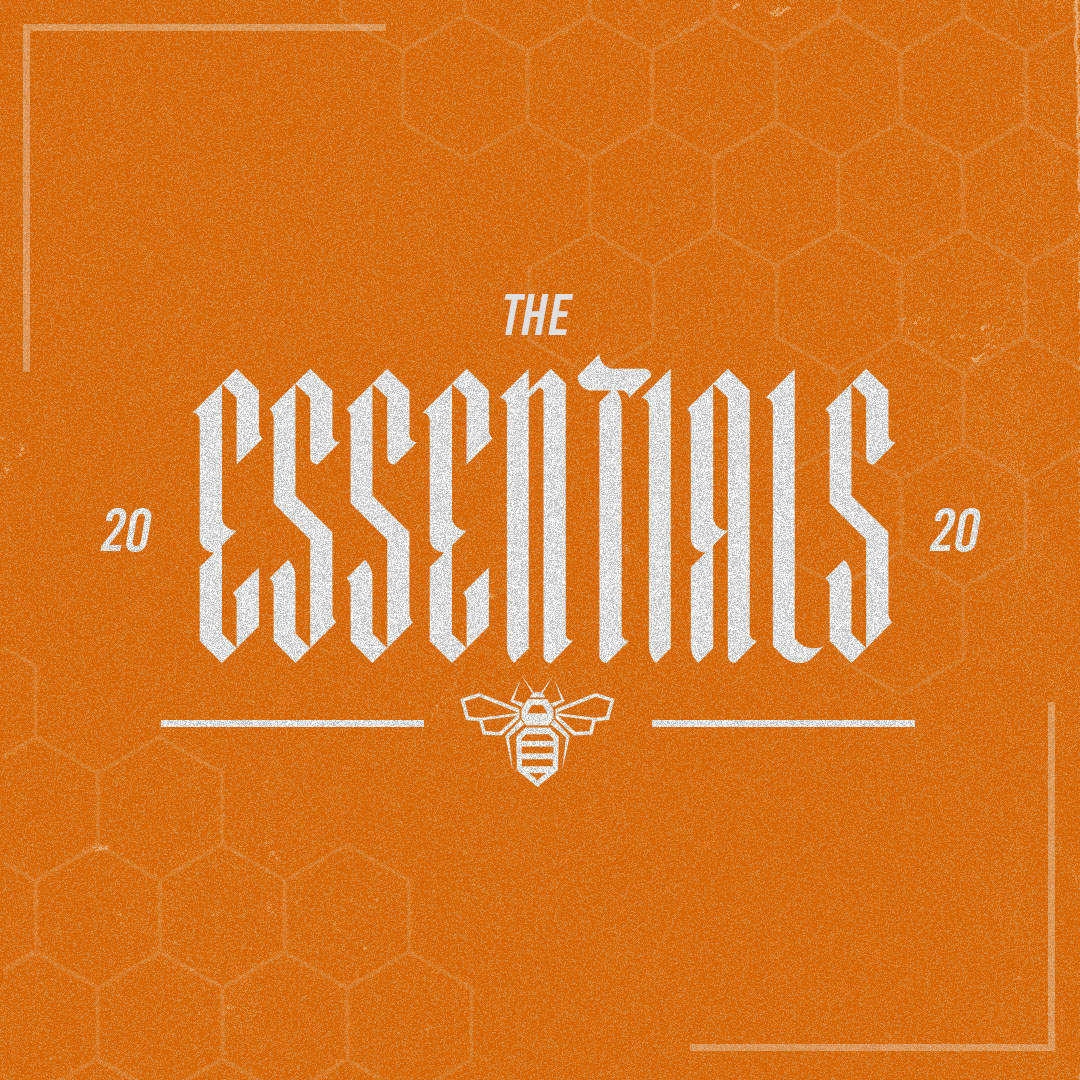 Out of the hundreds of releases and hundreds of tracks, it’s impossible to objectively pick favourites. However, out of the anthems, the explosive weapons and the sound system fundamentals, I’ve picked out ten of my most played and most memorable tracks of this year. In no particular order, these are my 2020 essentials.

Two formidable duos in Traces and D£DW8 joined forces for a first on Rarefied; a vocal lead banger. Leading up to the release, ‘Psychopath‘ dominated radio shows and various sets, instantly recognisable through Traces‘ pulsating, stomach churning lows and D£DW8‘s signature theatrical lyricism and demonic delivery. This leading track also set the tone for RARE14’s accompanying tunes, foretelling Traces‘s newly found alien world with curious textures and eerie, ethereal synths that infected the minds of many for the rest of the year.

Not only is Denver based Woven Thorns responsible for some of my favourite music this year, but also one of the darkest, most volatile tunes of them all. ‘From Grace‘ has refused to stop causing havoc since landing on Locus Sound in September. The aggressive mid-range barks make you wonder if she did in fact capture a previously unfound beast, trapped into this four minute onslaught, and the devilish lows make you wonder if you’ve any subs left by it’s end. It’s not just the unrelenting aggression that carries this potent track however, but the cold tones and creepy, ominous keys that detail Woven Thorns‘ sinister sound throughout the entire malefic journey that is LOCUS014.

When you think of Ternion Sound, it’s difficult to pick out a tune that isn’t a complete fire hazard. If it wasn’t for this recent release on Artikal Music, ‘Know Thyself‘ (DDD060) would’ve almost certainly taken this spot. But the ruthless movements of ‘The 14th‘ is a must. Awaiting it’s release for a couple of years, ‘The 14th‘ is a blitz of bass-weight design of the highest calibre. From the deep, to the wobbly, to the heavy, it’s all there ready to break ya neck to over and over again.

Enjoying early support from the likes of J:Kenzo, Cartridge‘s ‘Iron Lung‘ was another heater that hung around for a minute, before Locus Sound snapped it up to continue another significant year for both producer and label. If you’re somehow still not familiar with Cartridge, then this one is essential listening. Signature fuzzy bass-weight pressure dominates, with killer Cartridge flow, slicker than an otter’s back and snappy piranha percs. Like most of Cartridge‘s tunes, this one rings in your head for a while.

‘Beyond Isolation‘ arrived as a classic Distance creation and deservedly the only self released tune on this selection. Like an extension of his mammoth 2016 LP ‘Dynamis‘, ‘Beyond Isolation‘ is a heavy, cinematic weapon of a tune and the perfect soundtrack to this apocalyptic year. Just when you’re settled into the heavy, bass driven groove, skull splitting percussion and the luminous transcendental synths worthy of a sci-fi blockbuster, the second drop erupts in devastating fashion. A rollercoaster accelerated by bursts of distortion and low frequencies that develop into something truly monolithic. Oh, it’s also incredibly fun to mix with!

Similar to Ternion Sound, a host of ColtCuts tracks could’ve made it onto this selection but unfortunately only one can feature. So aside from the huge DUPLOCv005 and the massive ‘100% Herb‘ that landed on Deep Dark & Dangerous earlier in the year, the following ‘The Haunting‘ EP (DD065) presented one of the hardest tracks of 2020, ‘Skrrrt‘. After an intro of scintillating tension and the ingenious ‘Skrrrt‘ pre-drop sample, ColtCuts fires off some of the most powerful wobbles heard all year, accented by metallic mid ranges, echoing the glory days of Coki, backed by horns of Armageddon and dizzying sweeps of mid-range distortion. It’s a powerful display of space and bass. An old-school riddim taken into the future and simultaneously, to his benefit, a track where I feel ColtCuts hasn’t taken himself too seriously.

As one of my breakthrough producers of 2020, Maes sealed the deal with this system crushing, foundation shaking masterpiece, ‘Flippy Neck‘. Sandwiched between two other manifestations of naughty low end pressure on NC014, ‘Flippy Neck‘ is one of the filthiest of them all. Dominated by a screw-face inducing, sandpaper bassline, out of all of Maes‘ artillery this year, this is the heaviest and the most devastating of them all.

It’s widely agreed that Teffa has had quite the year. Releasing more in 2020 than the last decade combined, it’s quite the task to pick out a stand out cut. However with that said, his collaboration with Moss, ‘Advance‘, is one of the brightest displays of Dubstep fundamentals this year. Perfectly placed to lead an EP delivered by Foundation Audio, ‘Advance‘ offers the kind of teeth grinding, gritty bass-line juiciness that would have stood the test of a DMZ crowd circa 2006. Starting as a pure wheel-up tempting A-sider, the duo level off for a moment, giving way to calmer, swelling synths and deeper wobbles before second drop insanity ensues, ‘advancing’ into even rougher, face-melting, chainsaw wielding territories.

Possibly one of the most iconic tracks of 2020, Sub Basics‘ massive long time dub, ‘Walk & Skank‘, finally found it’s way into the public domain courtesy of the illustrious Lion Charge Records. Like most Lion Charge material, LIONCHGX003 was an instant sell out, a must for all dedicated heads. And there’s no point listening to this on a pair of Apple Pods, ‘Walk & Skank‘ has enough sub bass power to open a sink hole right beneath the system. Lifted by the iconic Jah Screechy sample that was catapulted to the masses by SL2 decades ago, this one is an sound system anthem destined for classic status.

Caught up in your feels? Join Sepia with his emotion stirring ‘Voodoo’, one of my favourite tracks taken from Deep Dark & Dangerous‘ huge ‘Trilogy’ compilation series. Opening the trilogy’s first instalment, ‘Voodoo‘ illustrates the more sombre side to Sepia‘s multifaceted production style. As if Burial had occupied the soul of Sepia for a moment, ‘Voodoo‘ offers stunning emotive vocals alongside soulful, drama filled string sections and a crucially smooth, wavy bassline sitting deep throughout the entire spine chilling experience. A genuinely memorable, life affirming track perfectly placed to see the back of 2020.

The majority of these tunes can be heard throughout The Honey & Bass Podcast end of year special. All of my favourite tunes from 2020 wrapped up into a 2 hour mix!

Massive big ups to all artists and labels who featured and big ups to anyone who’s found the focus and the energy required to put out new forward-thinking music during this momentous year! And finally a massive big up to yourself for checking out Honey & Bass at any point! It is always appreciated.