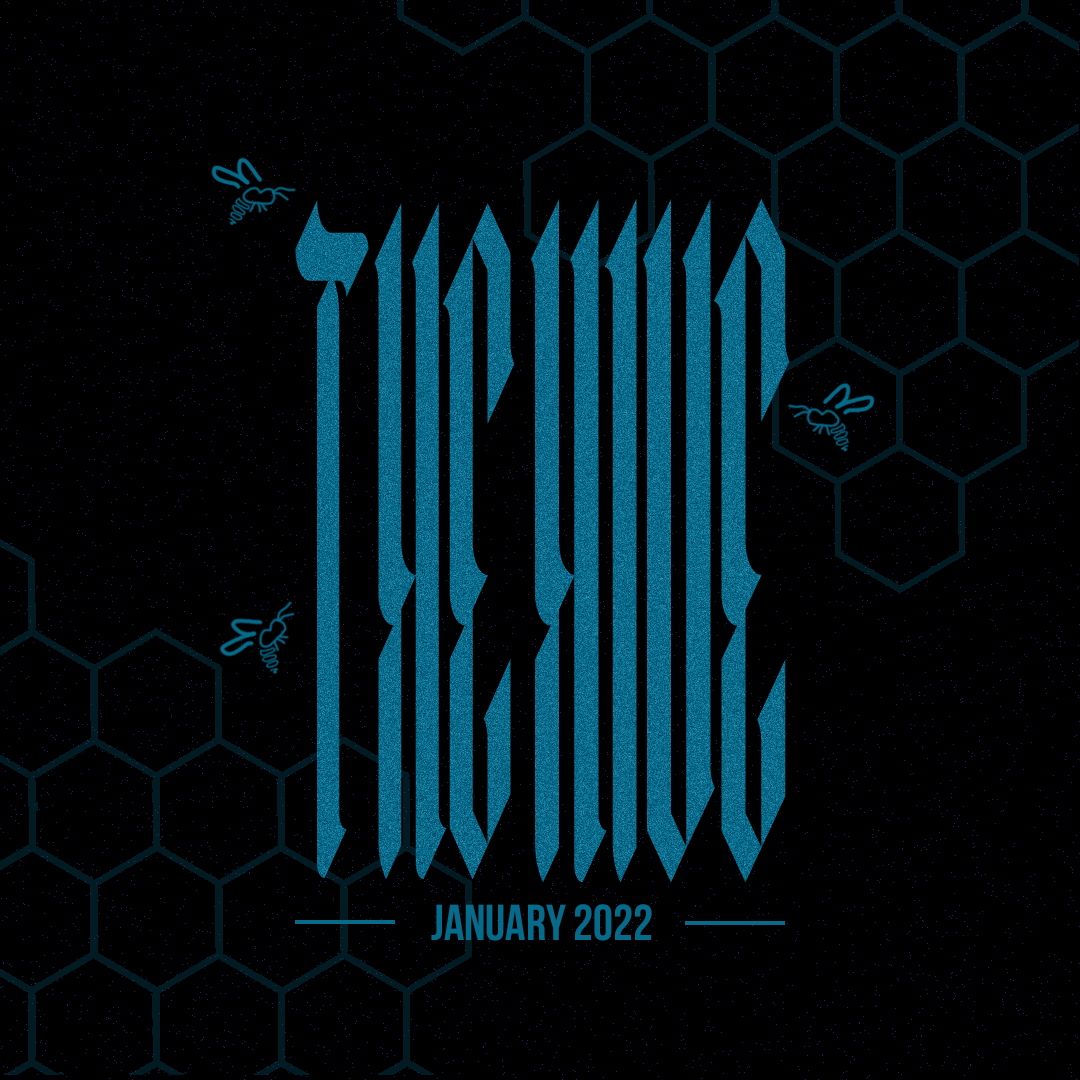 With the first month of the year in the books, The Hive returns where I take a look at some of my favourites to come out over January. There’s been some insane records released to kick off 2022, so many that I couldn’t feature all I would’ve liked! But with that said, here’s eight superb releases that I’ve yet to feature on the blog and that you should add to your collection if you haven’t already!

It always feels like an event when J:Kenzo drops new music these days, especially if it’s on his very own Artikal Music label. The figurehead blessed us with four flawless tunes to kickstart 2022, including the long awaited ‘Astral Traveller’. The record starts as it means to go on with the moody roller ‘Karthaus‘ and the following ‘Solar Return’ offers the punchiest moments on the release. The now iconic sub-zero terrain of ‘Astral Traveller‘ gifts us with some classic J:Kenzo production before ‘Silentum (Path To Tranquillity)’ provides a welcome cleanser and deviation from the bottomless depth that came before. Already one of my favourite releases from J:Kenzo for some time, the incredible artwork is the icing on the sub-loaded cake thanks to Nikon One.

Nearly a year since it’s launch, Infernal Sounds‘ digital division returned with the ever impressive Mungk, a deserved debut on the label. It’s no secret that Mungk has got his sound dialled in by now; a distinctive blend of modern dubstep, eastern elements and natural instrumentation, all of which are on full display throughout the four diverse tracks on ‘Sanskrit‘ EP. The leading title track is a stand out cut, fully loaded with rough 808s and a distinct characterful vocal loop that elevates the mix and sets the tone for what is a very coherent project. Familiar eastern inspired melodies arrive in ‘Among The Dancers‘ amidst a further 808 battering, and we’re even treated to a collaboration featuring Colorado’s very own Ego Death with the wistful tones of ‘Crestmoon‘.

Launching a landmark year for the pioneering label, Duploc‘s first ‘BLXCK TXPES’ instalment presented some of the darkest and heaviest material to be found on the prolific imprint. Featuring eight brand new tunes from the likes of INFEKT, Ternion Sound, MYTHM and Oxossi, there’s no denying that this project possesses some serious dubstep pedigree. However highlights for me include the sheer bass driven violence from both Mesck and Substrada with ‘Bleed’ and ‘Massacre Wurm‘ respectively, 8-bit carnage from Wraz with ‘Raiju‘ and prototypical darkness from Widow with ‘Dark Selecta‘. I think it’s safe to say that all involved understood the assignment!

Basskruit were also in the business of showcasing some of the finest producers around this month, but exclusively for those who create from the current dubstep hotbeds that are the Netherlands and Belgium. We’re introduced to a couple of new names like Anecho with the sub-busting minimalism of ‘Ghost Hand‘ and a mean vocal lead track from Chronicle and MC Dart which certainly caught my attention. More familiar names also grace the track list such as Ramsez with the wobbly LFO workout that is ‘Extraterrestrial Experiments‘, Cubiqle returned with ‘Prospective Breath‘ and yes, another feature for the prolific Substrada, this time in collaboration with Cogo on the ruff ‘n tuff ‘Siren‘.

Dalek One – Eyes Down EP

Emerging as the master of self released projects last year, Dalek One was back at it with another stacked Bandcamp instalment! Featuring five tracks that stand up against some of the best signed records of recent months, ‘Eyes Down‘ is just one of those EPs where you can’t pick out a favourite, and I still won’t. Outrageous bass design is of course Dalek One‘s specialty now, but this particular set of tunes seem to go the extra mile. Pure gas from start to finish!

The long standing Wheel & Deal Records appear to have found a new lease of life over the last twelve months, becoming a bastion for new upcoming talent. With H&B favourite Darkai to set follow next this month, it was Breakfake‘s turn to deliver his debut EP, ‘Resolution‘. A diverse four track introduction to the Leeds based producer, the record begins with the tough teeth-grinding basslines of ‘Resolution‘ before the sun rises on the dubwise influenced ‘Nowhere‘. The varied nature of the EP continues into deeper subterranean territories of ‘Titan‘ and ‘Wicked And Wild‘ seamlessly follows by going back into those dub-infused areas with a powerful stomp and melody combo, bringing some serious bass bin rattling energy. Breakfake has undoubtedly made his intentions known with this one – a deadly debut!

The hugely underrated Belgian producer Datra opened the year for LDH Records, adding a trio of impactful tunes to the catalogue. The title track ‘Tropische & Pyramide‘ rightly sits front and centre of the release – one of my favourite tunes from the rising producer, a track of constant progression and a masterful collage of samples, glassy tones and ear catching whistles, shrouded by distinctive influence of hip-hop. The other two aren’t just some throwaway pieces either, especially Datra‘s collaboration alongside the next Belgian prodigy to break through, Gulivr, with the icy ambience of ‘Dusk‘.

Krook was back to his best with a fresh pair of dangerous tunes! Self released on his Bandcamp, both ‘Buggin‘ and ‘Dust‘ slap harder than I’ve anything else I’ve heard from the Brooklyn based producer, particularly in the case of my favourite of the two, ‘Dust‘ – a sharp melancholic track lead by emotive vocal trails and some super clean, cut-throat percussion. A timely reminder that good dubstep exists on the east coast!

If you haven’t already, don’t forget to check out Distances‘s massive return to Chestplate Recordings with ‘Crawler’ EP here and check out Mesck‘s mammoth debut on Deep Dark & Dangerous here.