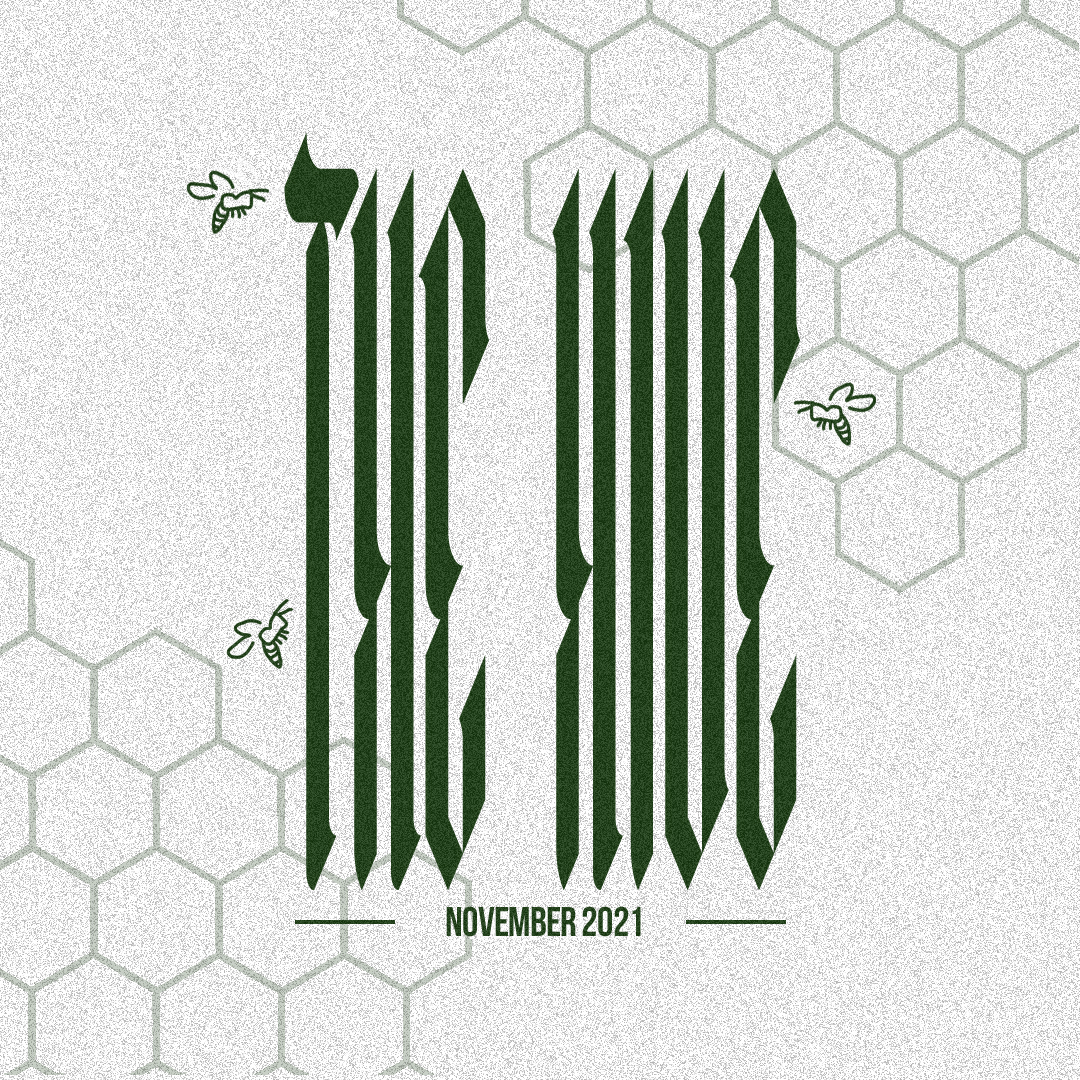 It’s the final edition of The Hive for 2021 and a final run down of my favourite releases of the month that I didn’t feature elsewhere. Let’s see what I’ve been feeling!

I don’t know if I’ve been sleeping on him in recent months, but it’s been a while since I treated myself to a session of Bukez Finezt madness! In fact, the German heavyweight was last spotted on Next Level Dubstep and luckily for us, he made an immediate return to the Dutch label with ‘Unsound Mind‘ EP. Four lively tracks flesh out this one where Bukez demonstrates his famously energetic and dynamic sound design in an even darker sphere. Classic Psycho samples support the low end madness of the title track which continues into the jittering metallic arpeggios of ‘Shed Light’. However my favourites arrive in the second half of the EP including ‘Wandhydrant‘, a darker melodic collaboration with Yunis and the filthy stutters of the equally dark ‘The Strangler‘. A characteristically psychedelic selection from Bukez Finezt!

For the second month in a row, Canadian breakthrough MYTHM achieves another release worthy of it’s place within ‘The Hive‘! Follow last month’s ‘Technique‘ EP on Artikal Music, the hot-streaking producer landed on Wheel & Deal as he continues to build that heavyweight back catalogue. ‘Crooks’ EP features four characteristically brazen tunes including two collaborations with fellow rising Canadian producer TAPPA, fresh from a debut on DUPLOC. Highlights for me include the rough and brooding title-track ‘Crooks‘, which features MYTHM‘s inclination towards hip-hop and the incredibly dark and spacious finale track ‘Demise’, featuring TAPPA.

What more can be said about Enigma Dubz?! I caught him live at Deep Tempo‘s inaugural night several weeks ago to be proven that his sound is as distinct through the system as it is through the headphones. Following his special remix release on DUPLOC last month, Enigma Dubz made an immediate return as the deserved flag bearer for the label’s landmark 50th release. Following his wicked ‘Cosmos‘ EP on Deep Dark & Dangerous earlier this year, I thought he’d do well to deliver something bigger. Well whether it is or isn’t (it’s pretty damn close), what can be said is that the four tracks on DUPLOC050 are certainly as impressive. Highlights for me include the grinding basslines of ‘40 Fathoms‘ and the monolithic roars of ‘Silverback‘. The emotive vocal/synth combo on ‘Too Close To The Sun‘ also proves to be the perfect finale track and one I find myself going back to!

Leo Cap rounds off the year in the same way he started it – with a huge EP on Deep Dark & Dangerous! In true Leo Cap style, the Russian producer doesn’t settle on a uniformed palette. Instead, he covers all areas of the spectrum across five tracks like a true 140 all rounder. The leading track ‘Flavours‘, represents Leo Cap‘s overwhelmingly thick and dizzying low end frequencies with the proceeding ‘Stick Inside‘ maintaining the pressure, but with sharper percussion and a more aggressive selection of SFX cutting through. My personal favourite ‘Lemon & Cognac‘ adds a layer of explicit wackiness to the track list, from the wonky descending synths to the selection of eccentric vocal samples. But here he steps away from the swampy basslines to something more explosive, with short swooping bass drives rattling the subs until additional bass flutters send the mind spinning after a dangerous second drop. ‘Los Angeles‘ arrives as the EP’s dancefloor heater, a roller that hinges on techy percussion and sizzling distortion, and ‘Our Best Trip‘ concludes the release where the sultry vocals of Julia Marks appears to float above some of Leo Cap‘s deepest and waviest of productions.

Like the two producers that came before, Yoofee has also had himself a year. After exploding onto the scene in late 2020, the Berlin based producer officially entered the frame as one of the genre’s most exciting new producers with a superb debut on Locus Sound. Then came that perfect Albion Collective release and a debut on White Peach Records with ‘Wings‘ EP. Now it goes without saying that White Peach Records have themselves quite the reputation for being responsible of some of 140s best releases in recent years, so to be re-invited back onto the label in a matter of two months, you must be pretty damn good and that’s exactly what Yoofee has achieved here! Returning with ‘Freak’ EP, Yoofee does it again throughout four more of the highest quality productions. These are some of Yoofee‘s moodiest tunes I’ve come across but that infectious groove and finely crafted percussion that we’ve become accustomed to still remains, especially throughout my personal favourite, ‘Ok Cold’.

Gotta show some love for some of the excellent self released material out there and what better example than 11th Hour! The Belgian producer has somewhat dialled in on his Bandcamp EPs this year alongside his must listen releases. His latest self released project ‘Momentum‘ EP, offers four tracks that are just as strong as any signed release out there right now. Like a lot of 11th Hour‘s projects, we’re treated to some serious sub workout on this one, from the murky stomps of ‘Stratagem‘ to the frantic pulsations of the title-track, ‘Momentum‘.

The legend himself AxH, blessed the relentless In:Flux Audio with two of my favourite tracks to appear on the label for some time! Twisted atmospheres and dominant subs flesh out both ‘Hands Of Time‘ and ‘Pizza Face‘, reminding me of AxH’s distinctly powerful capabilities. This is the veteran producer back to his best and I can’t wait to hear more!

Switching the vibe slightly, how about something that tickles those purist taste buds and satisfies the yearning nostalgia? Well if you’re after any of that, you can always rely on Panix! The Londoner has dialled in on that crucial sound over recent years whilst keeping it fresher than air and the mighty Plantpower has finally taken notice. ‘Mobbed’ EP is Panix‘s pinnacle project and one that doesn’t settle. From the classically wild LFO wobbles of ‘Rudeboy Edit’ to the two-step flavoured ‘Mobbed’, Panix‘s range is explored in it’s entirety. But it’s the finale cut of ‘Sensimilla‘ that takes the release up a level. Centred on the classic sample of Black Uhuru, the tough organic lows and delayed FX that occupies the space feels so pure and refreshing, it’s definitely one of my favourite tunes I’ve heard on this side of the 140 spectrum for a while!

If you haven’t already, don’t forget to check out Substrada‘s killer ‘Whale Dance‘ EP on Dread Or Dead Records here and check out the rare and the year’s final edition of ‘Dub Buzz‘ here for some huge unreleased cuts.