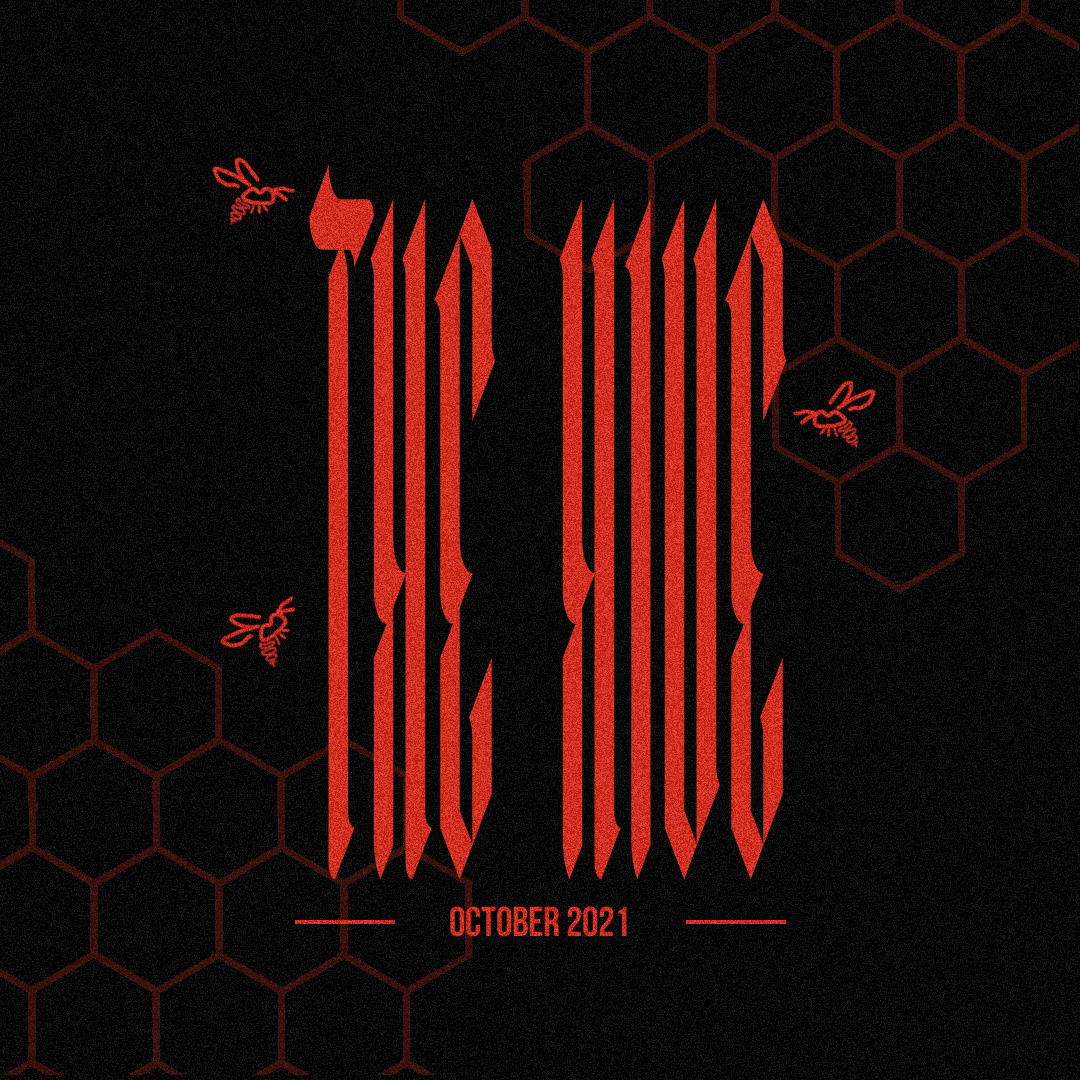 So after a rocky end to the month with my phone breaking and then Instagram disabling my account by mistake, I take some time to catch up and have a look back at some of my favourite releases from October that weren’t featured elsewhere…

MYTHM‘s supersonic rise lead to an explosive debut on Artikal Music with the lively ‘Technique‘ EP. Up until it’s release, the leading track ‘Technique‘ was probably one of MYTHM‘s most recognisable and sought after tracks in his growing arsenal, so it was only right that it would be distributed by one of the best labels around! The following three tracks aren’t to be sniffed at either, all harnessing sounds that have quickly become synonymous with the Canadian producer; an all you can eat buffet of tough synthesised bass designs, tightly processed drums, plus plenty of character packed into those distinct vocal licks and abrasive textures.

It’s been a busy few weeks for the dominating Artikal Music and I just couldn’t leave out the label’s second release of the month by Gremlinz and Jesta! ARTKLD006 features the perfect darkroom roller to attack the dancefloor with in the monstrous shape of ‘Left To Rot‘. It’s a track that immediately landed in my regular rotation thanks to its dangerous drums and apocalyptic drones. It goes on and on in the best way possible, illustrating the intensity of a smoky, dimly lit room inhabited by dedicated heads shuffling deep into the night. The following ‘PFD‘ is set in a similarly thick and foggy environment, yet the energy persists through frequent break beat patterns and a chill is sent down the spines of the dance by the long and ominous synth tones.

DUPLOC has always got the balance right by signing those with hype and those who deserve more. The latter arrived on the label this month in the form of TAPPA. The Vancouver based producer has sent multiple signals on my radar over recent years whilst dabbling in a range of genres and styles but as soon as he turned to the the dark side of 140, it was only a matter of time we’d see the Canadian truly come to life, as recognised by DUPLOC.
Throughout four tracks, DUPLOC047 plays a central role in showcasing TAPPA‘s evolving sound. ‘The Motive‘ opens with a powerful punch, dominated by flowing kicks and menacing growls before TAPPA refreshes with the lively eastern melodies and pulsating lows of ‘Tension‘. As devilish as its title, ‘666‘ is the escaped beast of the record, the heaviest and most intense, before ‘No Heart‘ rounds off this killer debut.

If you don’t know about this project by now, you haven’t been paying attention! The long awaited debut from Regents a.k.a Strategy and Cartridge, finally found a rightful home on Deep Dark & Dangerous. ‘Shegry‘ EP introduces an explosive combination of the distinct voice of Strategy and the dextrous sounds of Cartridge with four flawless tunes. The opening title track conveys the very essence of Cartridge‘s productions with a cold reese fuzz and striking drums, which lay the perfect bed for Strategy‘s steely lyricism. ‘Greengate Adhesive‘ picks up the pace alongside Strategy‘s signature flow with the following ‘Nuff Noise‘, equalling the aggression thereafter. The final ‘Heritage‘ has turned out to be a surprise favourite of mine; a track where a stand out quivering melody and Strategy‘s poignant words leave a lasting effect.

I know it shouldn’t have, but this one crept up on me like the intimidating shadow it is. Until it’s anticipated release, I simply didn’t realise what calibre of music was to be featured on here, let’s just say I was late to the party! As it turns out, this may well be one of my favourites of 2021 but why would I expect any different from Gantz and Innamind? Gantz is at his gnarliest best throughout these five tracks, packed with moments of darkness, emotion and sheer genius. The experimentalism is immediate upon the trembling lows and shuddering synths of ‘Axxon N‘, followed by one of Gantz‘ special otherworldly soundscapes, ‘Sleepless Elite‘. The rapid arpeggios grow particularly wild and intense on the title track ‘Pusher Acid’, before we head into two of my absolute favourites – the unpredictable drums and icy tones of ‘Chiral‘ and the blackened sonics of ‘Avert Your Eyes’. If you’ve copped the vinyl, you lucky buggers have got yourself an added bonus of ‘Spineless’, a secret cut of beautiful darkness. ‘Pusher Acid‘ EP is perfect example of how dubstep and leftfield bass music should sound in 2021.

As mentioned in my piece on DNO’s previous release featuring Sectra and Trisicloplox, I’ve certainly become a late passenger on the DNO bandwagon but now I’m simply obsessed with the label’s bulging catalogue. The latest addition saw label founder Kercha return to producing duties, delivering five of his ever popular tunes including a collaboration with the on fire Yoofee. From the minimal and murky ‘Ignorant‘, to the progressively energetic title track, the entire record is so tight and so smooth you can tell Kercha is nothing more than a perfectionist. The collaborative track ‘Analysis’ puts the Yoofee groove against the Kercha smooth, with the wild ‘Tigers‘ following a similarly weird melodic path. ‘Acid‘ completes the set in deeper, headier territories, it’s my favourite side to the Russian creative and one that leaves a lasting rumble. ‘Mental Ballast’ EP is about as tight as it gets!

It’s been a long time coming – a heavyweight debut from Darkai! I picked up on the mighty sounds of Darkai earlier this year and haven’t looked back since, so it’s great to see a label with such stature recognising the debuting producer. HATCHED48 is the perfect introduction to Darkai, his dark intergalactic sonics hit warp speed across four tracks with barely a pause for breath, submerged in deep low end waters. The entire set are absolute weapons but highlights for me include the filthy bass textures of ‘Eyes Down‘ and the sheer unrelenting energy of ‘Nebula‘.

This edition of The Hive has turned in to somewhat of a ‘debut special’ as we arrive at yet another debut, this time by Portland based Doomsday on the equally surging US label, NWSide Connect. Doomsday doesn’t hold back across these four tracks where he looks to direct his own disaster movie, a devastating soundtrack depicting chaos and catastrophe. A violent behemoth runs through the record’s core, beginning it’s tirade through the city with the charging bass designs of ‘Concrete‘ and continues to impose damage throughout the snarling ‘Bending Corners‘. However my two favourites arrive in the latter half with the disorientating whirring of ‘Reactor‘ outlining a final turbulent stampede before the finale, ‘Turn Up‘. It’s one that’s fairly cut back compared to the others, where the military marches through demolished avenues, illustrated by the ingenious uninterrupted drum work and explosive bass hits; the final roars of a fallen beast.

I hope that over the last few years of writing this blog that Pharma‘s progression has become unavoidable. The Austrian’s early EPs will always have a place in my rotation but recent productions such as these suggests the evolution continues and won’t stop anytime soon. Three tracks of curiosity and grace, ‘Ten‘ EP wanders from an intoxicating combo of super authentic drums and bright celestial synths within ‘Wait IIII You‘, to the signature 808s and effortless switches of the darker ‘Hebra‘. ‘Close‘ is more of a short and sobering soundscape floating effortlessly to it’s end, taking the EP from a classic two tracker to a more succinct and conceptual project.

Just the two Weekly Buzzes this month but they are of course bangers! Check them out if you haven’t already.
3WA came through with what was for me, his best release yet on Subaltern Records. Check that out here. A week later, the DE-TU boys unleased one of the tunes of the year with ‘Roadblock’, on Infernal Sounds. Read more about IFS029 here.